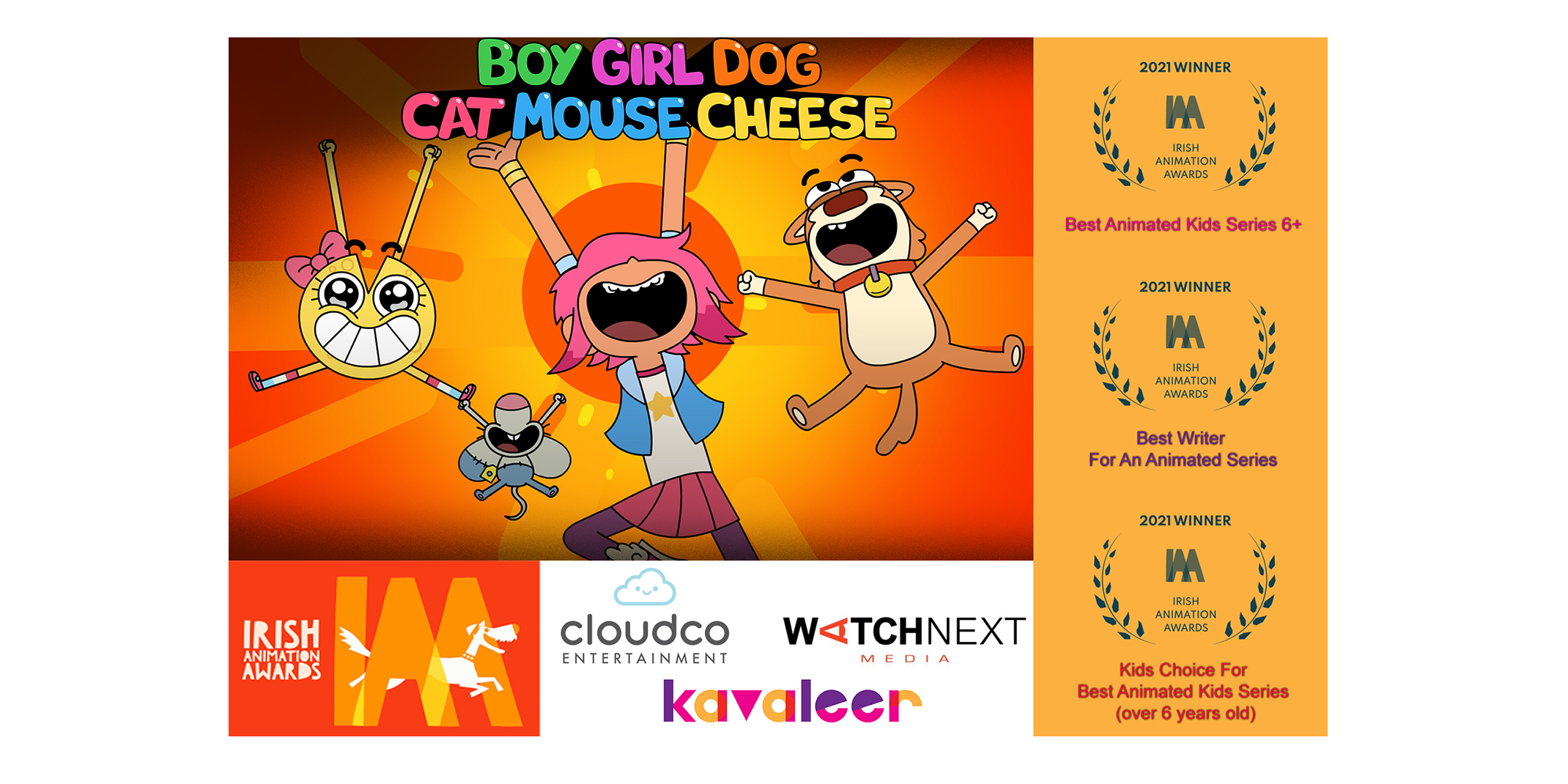 Kavaleer, Watch Next Media and Cloudco Entertainment are honoured and humbled to have picked up three awards for “Boy Girl Dog Cat Mouse Cheese” at Friday’s biennial Irish Animation Awards. Kavaleer were nominated in four categories and took home awards for Best Animated Kids Series 6 +, Best Writer For An Animated Series (Baljeet Rai, Henry Gifford) and the Kids Choice Award For Best Animated Kids Series, which was judged by the children of Bridge Integrated Primary School.

We couldn’t be prouder of the phenomenal teams behind both these shows. Huge thanks to the organisers, judges, nominees and sponsors and special thanks to Baz Ashmawy for his unflappable compère skills on the night. You can read more about the Awards here.

This website uses cookies to improve your experience while you navigate through the website. Out of these, the cookies that are categorized as necessary are stored on your browser as they are essential for the working of basic functionalities of the website. We also use third-party cookies that help us analyze and understand how you use this website. These cookies will be stored in your browser only with your consent. You also have the option to opt-out of these cookies. But opting out of some of these cookies may affect your browsing experience.
Necessary Always Enabled

Any cookies that may not be particularly necessary for the website to function and is used specifically to collect user personal data via analytics, ads, other embedded contents are termed as non-necessary cookies. It is mandatory to procure user consent prior to running these cookies on your website.